Hello! Welcome to my post to OWLS´ January 2018 Tour! In case you want a quick glance on what OWLS is, you can click here. This month’s blog tour theme is “Revival”. 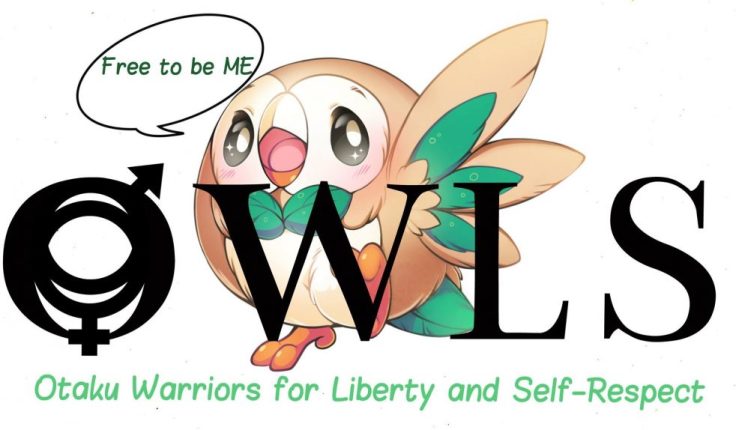 A new year implies “new beginnings.” Yet, rather than discussing the “new,” we will be discussing the “revival.” “Revival”  has multiple definitions, but the meaning we will be focusing on is the improvement, development, or refinement of something. Our posts will be about characters that undergo a positive or negative transformation and what we can learn from them.

To start with a huge bang for this year first blog tour, we owlets were bestowed to write upon a charming theme called “Revival”. It’s very interesting how the word “Revival” can have different meanings upon different type of context, with revival of the Demon King as one of the popular choices for fantasy themed anime.

This time, Revival will symbolize the change of something into enhancement. There are a lot of characters from a diverse background of the entertainment industry that has a story to be told that can fit into this month’s theme. In the end, I chose one of my favorite characters from a popular chinese web novel called: Release that Witch. P.S: my second choice was Makoto from Tsuki ga Michibiku Isekai Douchuu.

The main character of this post will be Veronica Gilen, better known as Nightingale.

Synopsis for Release that Witch (from Qidian International)

Chen Yan travels through time, only to end up becoming an honorable prince in the Middle Ages of Europe. Yet this world was not quite as simple as he thought. Witches with magical powers abound, and fearsome wars between churches and kingdoms rage throughout the land.
Roland, a prince regarded as hopeless by his own father and assigned to the worst fief, spends his time developing a poor and backward town into a strong and modern city, while fighting against his siblings for the throne and absolute control over the kingdom. Join Roland as he befriends and allies with witches and, through fighting and even farming, pushes back invaders from the realm of evil.

The world of Release that Witch is set on a medieval world where Witch Hunt exists. If we remember from our history class, Witch Hunts did exist in our history but the ones being hunted were innocent women targeted by nefarious rumors and fear. As if the Almighty of the story didn’t want to spare the tears and pains of the women, witches are real in the story and they come with a striking trait of beauty, object of abuse and lust by the nobles of the story. Additionally, witches’ power have a vastly variety which boundary lies in the imagination of oneself.

Witch Hunts is an act ordered by the Church of the story with an ambiguous founding which record is stored away deeply, with a God whose existence may wreak havoc among the faith of believers. To obtain more approval on their actions, the Church labeled the witches as beings that stem from demons. Nobles, general population, Church… there was no reliable ally for the witches except for the witches themselves.

What if the witches join hands and obliterate the despicable threats? It was not possible due to the existence of a magic mineral called God’s Stone of Retaliation which effect is to nullify the magic of witches from manifesting…

Nightingale is a witch from the Witch Cooperation Association (WCA) based on the Kingdom of Greycastle. The purpose of he WCA is to find an enjoyable living place for the sisters in the association and for every other witch, dubbed as Holy Mountain. Nightingale’s power is to freely move in a world called “mist” where she is able to travel without the physical constraints of objects on the way, which also makes her being invisible to the naked eye. This power makes her a very formidable opponent that one may have to watch out. Additionally, she developed a derivative power which lets her to sense whether someone is lying or not.

She met the Main Character of the story, Prince Roland, when she visited his chamber in the evening, thanking Roland for saving a witch called Anna from imminent execution. After thanking him, she exhorts Roland to give her Anna so that she may find comfort and warmth on WCA since it was not safe to hang around common mortals. After some interactions, Nightingale decided to hang around for a while and see if there is any harm on having Anna stay in the little town he is living on, Border Town.

During her stay on Border Town, she has experienced events she couldn’t believe were real if she didn’t see them for herself. Prince Roland treated Anna as a respectful human being. Border Town could fend against the hordes of demonic beasts during the Months of Demons [1] thanks to the innovative weaponry designed by Prince Roland. The joy and gratitude of the militia for the witches for helping them fend the demonic beasts. Most importantly, Anna survived the Demonic Torture [2]  without pain, a miraculous phenomenon that haunted witches whenever they thought about it.

In overall, she started to see the small changes that symbolizes the small hope in this small town and wanted to share the good news of what she has experienced in Border Town to the WCA. She decided to go back to the WCA HQ and share these wonderful news so that her sisters may find comfort in them.

Thanks to Nightingale’s decision, more witches were spared from the harsh life they were subject to, having an improvement of their lifestyle. This fact may not be a game changer but it was thanks to Anna and Nightingale that Prince Roland could develop his town further and further. Putting aside what Anna did, thanks to Nightingale, not every witch in the kingdom became part of Princess Tilly Wimbledon, little sister to Prince Roland, group of witches and development of Roland’s plan to a better future would be hindered. Without Nightingale’s intervention, it would be possible that all the witches would be hidden and never take part in the world again.

Prince Roland wants to develop a better understanding between the witches and the common people so that the concept of witches being evil gets dispelled and have a better relationship. This ideal merits great praise among the witches because this means that Prince Roland was practically declaring a war against every notion in the land. Therefore, Nightingale submitted to serve Prince Roland unconditionally as his bodyguard, guarding him from any threat that may put him in danger.

So yeah. I would totally recommend reading the web novel to have a better understanding of the story. You can read it for free on Qidian International. There is approximately 1006 raw Chinese chapters of Release that Witch and it is still ongoing so you will have plenty of chapters to read for a good while haha.

[1] Months of Demons: these months of winter represent the waves of attacks by demonic beasts on humankind. It is said that the phenomenon is caused by a huge amount of magic power that spikes during these months.

[2] Demonic Torture is a phenomenon that only witches suffer. Their bodies receive a huge spike of magic power and they need to endure the torture. There is a high probability of a witch dying by this phenomenon according to mouth-to-mouth statistics.

Thanks for reading! and please check out our facebook page

I love watching anime, reading manga, and playing video games. I believe in the powerful stories that each of us has, and together we can shape the world for a better future.